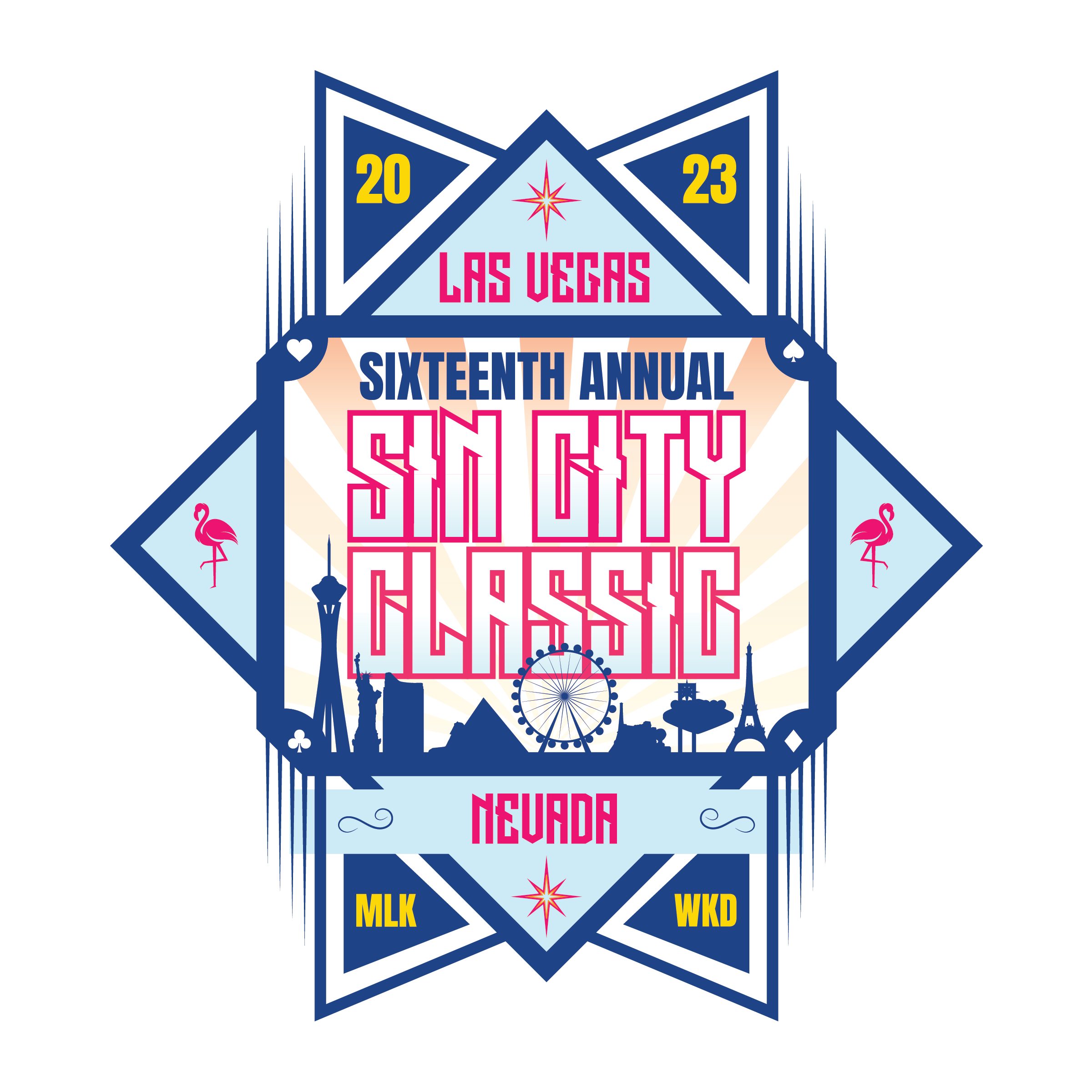 If you are new to the Sin City Erg, it is an indoor erg event that is part of the largest annual LGBTQ+ sporting event in the world, the Sin City Classic, that takes place in Las Vegas, Nevada United States.  The event is held on the American holiday weekend called Martin Luther King (MLK).

In 2023, there will be 27 sports at the Classic.  Each sport is organized and hosted by its own sporting body, be it a local sports team or a national sports organization.  The sports are held in various places all over Las Vegas while the ‘festival’ if you want to call it that, is headquarterd at a block of three hotels on the Las Vegas Strip: Flamingo, LINQ, and Ballys (soon to be Horsehoe).

The Sin City Classic started as a softball tournament but now has grown to an umbrella event that hosts parties for the participants, offers charity events, and serves to bring all the sports together for the weekend.

The Gay + Lesbian Rowing Federation (GLRF) was aware of the Sin City Classic but never really understood the scope of the multi-sport LGBTQ+ tournament.  In early January 2019, after reading a press release about a new addition to the Sin City Classic sports lineup, e-gaming, we had one of those revelatory moments that this would be a perfect spot for an LGBTQ+ erg event.  After attending the 2019 Sin City Classic and experiencing the parties and watching some of the sports, we knew this would be the ultimate and perfect setting for an LGBTQ+ erg event. The Sin City Erg offers a competitive selection of individual and team events and the idea of including team events was specifically targeted for inclusive rowing clubs and rowing studios as well as LGBTQ+ rowing clubs so that teams could compete together against other clubs.  These team events are accomplished by using an existing feature in the Concept2 indoor race software.

Beyond the Sin City Erg, the Sin City Classic offers a weekend getaway that provides not only lots of parties but also the chance to see shows, dine at amazing restaurants, explore the nearby parks, hike in the nearby mountains, visit museums, and of course, shopping.  Las Vegas is actually a very family friendly location and GLRF is very proud that the Sin City Erg is open to age 13+.

What is the tempo? Truly the Sin City Erg is perfectly positioned as the Global LGBTQ+ Indoor Rowing event.  Registration is open at Regatta Central.