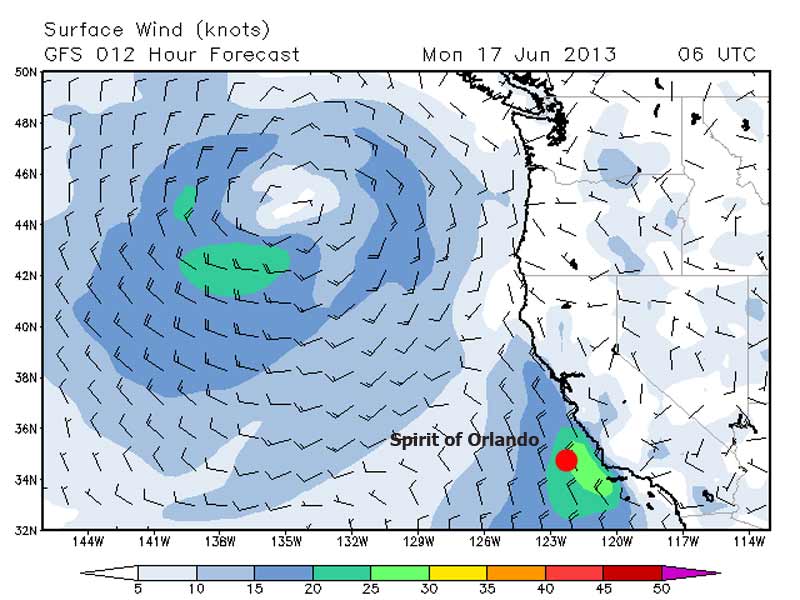 Facing gale force winds and high seas and multiple bumps and bruises, Angela made the decision to abort her solo row.  Between her injuries and the sea state, it was simply impossible to row.

The United States Coast Guard extracted her from the ocean at approximately 03h45 (-0700 GMT), 17 June 2013.  She was flown to the Santa Barbara Coast Guard Station.  Her boat, the Spirit of Orlando, is currently adrift off Point Conception.  A salvage operation is currently in the planning stages.

Angela is now back in Long Beach safe and sound and most probably facing knee surgery for injuries sustained on the boat.